June 25, 1935 ~ Kingston, Jamaica
Docked at Kingston at 7:30 A.M. Celia and I went ashore to shop and bought some gaudy material for the Rags and Tatters party. Back to the ship for lunch and decided to take a trip during the afternoon to Hope Gardens.

Being tired after lunch we took and nap and slept so late that we didn’t take the trip after all. We needed the rest so didn’t regret missing the trip. Rae and her group spent the afternoon at Bournemouth Baths and joined some boys they met before for the evening. Becky got back shortly before sailing escorted by George Hill, his sweetheart and his brother, to whom Becky had transferred her attention with good results. Brother took her out for dinner, etc.

February 9, 2017 ~ Stockholm, Sweden
A self-imposed rest day, coincidentally the week two marker of our trip. While 14 days on the road isn’t long in the grand scheme of things, Sweden is already the sixth country we’ve passed through on our (mostly) ’round the world jaunt. It’s been non-stop movement. Planes, trains, automobiles, ferries, horses, our own two feet. I try not to get wrapped up in the mind space that dictates a jam-packed schedule, completed in record low time, for fear of missing something should one never return to a place or, you know, tragically drop dead tomorrow. Get out of bed before the sun, see and do EVERYTHING, sleep when you’re dead. While I admire the concept, it’s near impossible, for me, to push forth with fervor when I’m feeling run down. 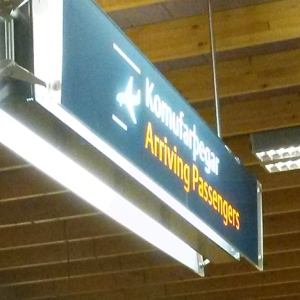 We slept in and had the Lord Nelson’s complimentary hotel breakfast, a typical spread of smörgås (open-faced sandwich) fixins: toasts and crackers with meats, cheeses, veggies, and hard boiled eggs, with pastries for good measure. We didn’t set out until 11am or so, which felt terribly lazy and a tad indulgent. I’m not sure we would have left the hotel room at all if the TV shows hadn’t been in a foreign tongue. The negative chill in the air negated any inclination I had to do a walking tour of the city. We’d just left territory above the arctic circle and this perpetually cold Monster was running out of patience for having numb extremities. Stockholm was merely a stopover city for us. Nothing in particular was on the agenda, proving to be fodder for spending the day on a whim.

The plethora of museums seemed like the next best way to get to know the old world city, aside from eating our way through, but that was already a given for us. Visiting the exhibits is a leisurely activity that doesn’t require too much energy and we could stop and go as we pleased. While I’m not usually a museum girl, I have to say that Europe does them right. Copenhagen had some fascinating ones and Stockholm didn’t disappoint either. They’re more interactive, they evoke a feeling of grandeur, and you can find exhibits on just about anything – from stamps, to seafaring lore, to the history of bootleg alcohol. 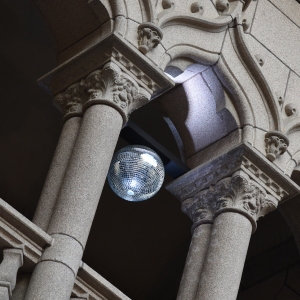 We ended up walking anyway, bundled up and enjoying the architecture en route, and took in two, Fotografiska and The Nobel Museum, before calling it a day and heading back to the hotel to recharge before dinner.